Salvation Army saves youth from hypothermia - before the cold set in

Two Salvation Army (SA) workers were driving the SA outreach van on Riverside Drive on a cold Saturday night last December on the off-chance they could offer transport and shelter to any errant, homeless folks in distress.

Linda and Troy came across a youth, 15, passed out, and propped up against the Billings Bridge Shopping Centre. It was minus 9 degrees, on a wintery Dec. 22 night. It was about 10:30. It had been a slow Saturday night. Linda and Troy were about to take a dinner break at the half-way point of their night shift that fateful night. Instead, they decided to take a spin around the shopping centre before going for a hot meal.

So the Ottawa Booth Centre staffers pulled into the shopping centre looking for any nooks and crannies, near the shopping centre and the adjacent OC-Transpo transit way, where solitary, homeless souls seeking peace and seclusion could possibly curl up.

Linda used to live in the neighborhood and was familiar with the layout. She recalls she was at the wheel of the van, driving around the perimeter of the shopping centre service road.

Troy, in the passenger seat, was looking out on the right side of the road. From a distance, Linda spotted what looked like a person, who was not at all secluded, indeed out in the open, propped up against the wall of the shopping centre next to the Number 2 entry to the building.

Not dressed for winter

The pair approached. They had indeed come upon an immobile person, wearing summer clothing of jogging pants, a hoodie, nylon jacket, running shoes and a baseball cap. He seemed intoxicated and was incapable of speaking or providing his name.

They could not rouse him. He had frozen spittle and vomit around his mouth and on his summer jacket. He looked like a high school student who lost his way home from a school party. Considering the gravity of the youth’s condition, the workmates alerted the authorities to the youth’s condition and location. Two EMS paramedics in an ambulance, and two City of Ottawa police officers in their patrol cars, soon arrived. The youth was speedily taken off to the Children's Hospital of Eastern Ontario (CHEO). 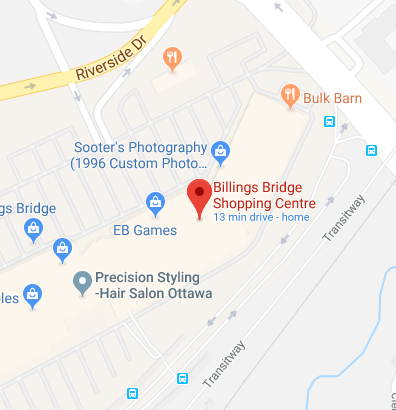 While the para-medics attended to the youth, one of the police officers turned to Linda, and said:  “That was a very good catch.” “If no one had come along he would have died. You saved his life.” Marc-André Deschamps, of the Ottawa Paramedic Service, said in a recent interview that the youth was indeed inebriated, which worsens the effects of exposure.

He was cold but not yet hypothermic

“He was very cold when the medics arrived, but not yet hypothermic.” “A few hours more (in the cold), he would have developed frostbite, then hypothermia and eventually even death.” “I hope he learned his lesson,” said Mr. Deschamps. Linda does not even know the name of the youth she and Troy saved. She recalls one of the paramedics said he was 15.  She remembers he had a slight build, about five feet, five inches tall; shorter than Linda.  She assumes the youth recovered from the ordeal, as she has not been contacted by the authorities since the event.  She said she felt uplifted, after helping save the youth, with a sense of purpose. “When he woke up the next morning (at CHEO), he must have felt lucky to be alive,” she mused. His survival that night was a “fluke,” Linda concluded.